Not even a freak, unexpected snow storm would halt the flow of thousands of Hampton sophomores into proctored classrooms this morning; district-wide testing for the Writing SOL, my kids’ end of course test, prevailed over icy back roads yet untouched by the sun’s rays.  As I slipped and slid my way to Kecoughtan, I counted eight separate sirens, no doubt responding to those less fortunate, perhaps with fewer experiences driving in the snow.

Even as I type that sentence, my brain is cataloguing language conventions: alliteration times two, fewer versus less, bundled up in imagery as part of a hook, and the realization that I correctly employed a colon in this budding paragraph.  Why can’t I escape the need to rise in rhetorical ranks, responding to the responsibility of my calling with an inability to settle for ordinary?  The answer resides in the sweet reward of ritual and routine.  Just as one who has spent time practicing stops and turns in an empty, icy lot will brave a storm with more confidence than our Southern contemporaries, continued exposure to SOL passages and question stems boosted my students this morning, despite the disappointment of the two-hour delay that never was.

Confidence alone only got me so far, though.  In January, just before my eighteenth birthday, I wrecked my grams’ Oldsmobile in hazardous winter driving conditions.  Twice.  I knew what to do.  I had memorized the rules.  Experience, however, was my adversary.  When that little old lady stopped to allow me to cut across four lanes to make a left turn, I trusted her motioning me forward to mean there weren’t other cars coming that the six-foot snow embankments prevented me from seeing. I T-boned a car in the lane just beyond her.  I’ve never made that mistake again, though.  I learned from the experience, and I neither trust little old ladies motioning me forward nor put others in danger with my own well-intentioned traffic violations to let someone in my lane.

Two weeks later, my father gave me the keys to my repaired vehicle.  I drove it just one day.  After indoor track practice, there wasn’t even enough snow accumulated to need to dust off the hood.  It was dark by then, a classic haloed, New York twilight, and there had just been a light dusting of flurries that hadn’t stuck.  Though I turned my wheel to the right in an attempt to proceed on the main road home, my brakes were useless.  Worse, even, they were deadly.  Gram’s car wouldn’t be redeemed after the van and I collided head on, an entertaining spectacle for all my senior friends getting out of their winter sports’ practices.  I learned from that experience to, refusing to drive for several months until there was no threat of a freak snow storm… and it took an unexpected man, as well.

He was the father of some kids I babysit in a nearby neighborhood.  He strapped the boys in their car seats, handed me his keys, buckled himself into the passenger seat, and told me to take the wheel.  Experience is an incredible asset, but when you get someone who believes in you so much that he says, “If you don’t drive now, you may never get past the fear.  I trust you with my children’s lives.  You can drive this car.”  I did.  That doesn’t mean that I didn’t get in another wreck again, but with each challenge I found the collective sum of lessons was beginning to amount to something akin to a good driving record.  Oddly enough, my last wreck (and last totaled car), was the day of my students’ end of course test back in Nashville six years ago.

Learning the rules and practicing scenarios laid the groundwork with confidence for me as a driver as my students’ experience with English grammar and rhetoric.  That isn’t enough, though.  As though found today, there were some tricky new question stems that required them to represent their answers in different ways than we’d practiced; this is when all our year-long experiences investing ourselves in doing more than just master the rules.  Like John Keating in Dead Poet’s Society, my kids need to be able to think for themselves again.  Life is not a multiple choice question with a twenty-five percent chance you’ll get it right.  We prided ourselves in becoming literary researchers and life analysts, and those practices naturally foster minds that engage readily in critical thinking.

If that’s not enough, I’m here, like the driving father angel who set my wheels in motion decades ago.  With training comes confidence, with experience comes critical thinking, but with a mentor, the sky is the limit.  Mrs. Shelton, my faithful writing mentor, believed I could be a writer, and I let her take me there.  I breathe writing.  It is my discipline, my craft, my never-a-forty-hour-work week.  My brain dissects sentence structure because it’s one of those routine, ritual, repeated actions that’s become automatic, subconscious even. 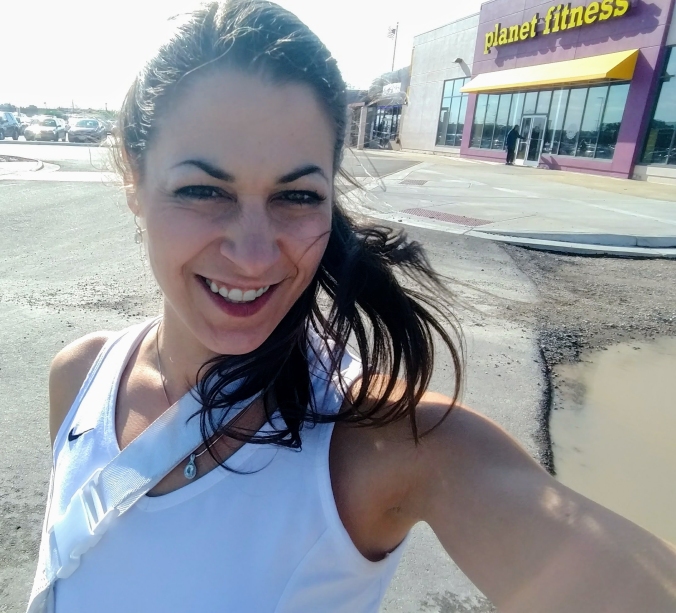 Heading into the gym this afternoon, the sun was shining and I was smiling… until I remembered my gym mentor was on vacation.  Maybe there’s a recipe here. I started weight training in middle school. I’ve only stopped when my body’s prevented me from hitting the gym, daily if possible.  The routing, ritual, repeated action is scaffolded by twenty-five years of toning muscles and cutting fat.  Unfortunately, my shoulder will restrict me from lifting weights for the foreseeable future, and while I know that, I still had to try a few exercises.  Abs or legs shouldn’t affect my shoulder, right?  It turns out I can’t operate half the machines without my right shoulder, and the exercises that seemed innocuous jarred my rotator cuff sufficiently enough to make the searing pain not entirely worth the benefit of uncovering the four pack I lost in my twenties.

I know the gym.  The training, experience, mentor – it’s a complete picture, but when you introduce a shoulder injury, the entire game changes.  I had no clue how severely this post-surgery recovery would affect and alter my everyday life.  Used to moving quickly, carrying all my grocery bags inside with one trip, multitasking while I’m multitasking, well, this handicap doesn’t just slow me down.  It frustrates me because it slows me down, and so I take off my sling to grit and bear it, and then my shoulder reminds me it’s going to be the boss of me until it’s healed, and I suffer in constant pain that makes writing and working out and cooking difficult.  This is a brave new world, and perhaps I’ve allowed a high threshold for pain blind me from the basics of getting good at anything new.  When I see my doctor for my one-month follow-up tomorrow, I’m going to have to admit that I thought I knew better, that I didn’t follow the rules, that I overextended myself and am facing the consequences.

I can drive well in a storm now, but I opted not to tempt fate or history by taking this gimpy, one-hand show behind the wheel in last night’s snow.  I won’t make it a career, so of course I won’t log the same hours on the road as I do typing on this front porch in my writer’s perch.  What’s true for me with driving is also true for most of my students when it comes to writing.

The Writing SOL is behind us, or at least the first half.  The sun came out, and the snow melted.  We’re watching Dead Poet’s Society, and I’m ignoring the collective groans when informed they’ll be actively viewing the film by completing a guide and pausing for discussion.  My last block class had my number, though, surprising me with uncharacteristic brevity and lack of participation until I realized they were trying to get back to the film.  This class is one of those special bunches, and I can’t wait to leave persuasion and grammar behind, abandon syntax, and embrace the unconventional.

We can all be drivers, even if we’re scared or had bad experiences.  Likewise, I believe that we can all write good poetry.  More importantly, I think this batch of bright, young minds believes that I will help them find their voice.  Life’s not a series of multiple choice questions.  You need to be able to think critically to solve real problems.

Still, it’s easy to overlook the power of the exponential potential unlocked when a teenager figures out that he’s good at something he didn’t believe he could be good at, or when she overcomes a fear that kept her from living fully.  We tell our kids to dream, we design state tests to elicit higher level thinking, but how often do we give them what adolescents seek most desperately, what they’ll act out if starved for it: a voice, an analytical perspective, and a platform to share it with the world.

I’ll let continue Mr. Keating priming the pump, so even if there’s another freak snow storm, I’ll slip and slide through alliterated sirens and street signs to see my kids become poets in training next week.  Next year, who knows what they’ll believe they can take on?