I didn’t make any resolutions for 2018, so considering we’re already two days deep, I probably have already broken ones I might have made.  The traditional choices seemed superfluous.  How could I commit to kick my clove cigar focus stick dependency when I still haven’t discovered why I don’t sleep?  The true tragedy is that treating the root issue, finding a natural remedy, and resolving my insomnia have all been at the top of my To Do list for two thirds of 2017.  Shouldn’t resolutions be unique, and, well, new?

Seriously, they are called “New Year’s Resolutions” for a reason.  Some of us make them every year – reluctant to repeat prior annual failures.  A few of us do so with confidence in success like my future husband, Charming, encouraged by continued fanning of ambitions’ flame, while others boycott them intentionally to spite the date or its significance or lack therein.  It feels as cold as Syracuse did a week ago here on my own white wicker love seat, the chill only deepened by the realization that this will be my last winter in Downtown Hampton.  All the notes I’d jotted down this summer to yield a better harvest in the year to come are worth little more than the leftover seed packets; I marry Charming in July, and I’ll have moved out before the first bell peppers ripen.

There won’t be another vegetable garden at my little white bungalow with the red door.  Nor will there be another year inside CD23 leading the English department toward support in job sanity and success on the SOL, my efforts equally sowing seeds spanning three years to both secure teachers’ confidence, contentment, and continuing contracts while improving scores on Virginia’s end of course Reading and Writing tests… at Kecoughtan High School.  “Apply to schools in Northern Virginia” and “Secure reciprocal teaching license for Maryland” have been on my infamous To Do list since Charming’s proposal.  It seems rather dishonoring to simply transfer items to which I haven’t yet applied the oddly fulfilling strikethrough tool to a resolution that is supposed to be, by definition, new.

If I were asked to start a freewrite right now with the focus word “New”, the immediate penned words would inevitably be novel, fresh, clean, unique… all initial attempts to define the term before seeking out connections in my little world, comprised of three land masses somehow simultaneously floating along in a sea of synapses that has no trouble taking off in the Present and landing me in the Past or Present.  Most recently, Charming and I rang in the New Year with my brother’s family.  I kissed my fiancé, who was my boyfriend last year, who will be my husband next year, and we clinked champagne glasses and cider sippy cups, satisfied by the incredible spread of food and décor supplemented by movies, games, and even a photo booth.  My matron of honor reveled in the glow of hospitality shared with family. 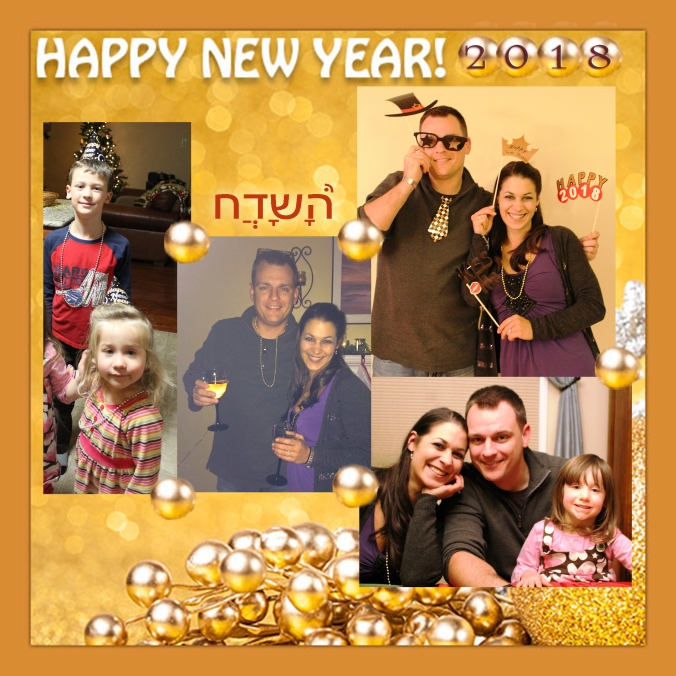 I tried not to think about the holidays I’d miss with them.  Like with the cold, I needed something else to focus on, so my frozen fingers return every moment or so to the captivating flames of my patio heater.  My problem is that if you were to take my three-continent world and convert it into a standard map projection, land o’ Future is uncharted territory, like our America was to Europe in the fifteenth century… a whole New World.  It’s fitting to focus on the future while my family celebrated the clock’s indicative transition from old to new.  But when there’s no landmarks, no photos on Google Maps to help me envision the life that comes after our wedding in the Outer Banks, it’s easier to navigate to the Past, complete with road maps, saved favorite locations, and caution signs.

Somewhere in the ocean near The Bahamas, Charming and I celebrated the New Year together for the first time two years ago on a cruise ship, and it was truly magical.  Before and since, we’ve painted much of the East Coast with more of our memories, mash-ups of road trips and vacations and experiences unique to us, bucket list strikethroughs, and everything else that led up to a fairy tale Cinderella proposal in my favorite place, Fort Monroe Beach.   Charming didn’t know my brother’s family would be there, just down the shore, so having the kids join us in our horse-drawn carriage coach alongside the Chesapeake only richened the proposal.

I can’t make “Marry Charming” a New Year’s Resolution, either, because the denotative meaning of making a resolution means firmly deciding to do or not do something, and I decided years ago that I would marry this man.  My lack of excitement over our future together should not reflect poorly on our rich present or rich past; there’s only one variable in my incomplete engagement scrapbook that remains constant in seven months, and that’s the one who got down on one knee, assuring me he was a thousand percent sure when he asked me to be his princess.

The Future is uncertain.  It’s unchartered territory.  I’m not even seventy percent sure where we’ll live or where I’ll continue my career.  But I’m not going there alone.  The year 2018 will mark the start of our new life together, and even in my uncertainty, Charming continues to find new and unexpected ways of assuring me that despite official documents, he’s already doing life with me.  Relaxing after a long night out, we had only one order of business for New Year’s day, and while I’d grudgingly approached the finances talk, there was comfort in understanding our big picture.

There was comfort in talking through various potential scenarios for life after marriage, all contingent upon Charming’s next career move as his three-year post at the Pentagon ends soon.   There was comfort in being given the freedom to fall apart while everything around me seemed to be breaking and having him hold me up as he promised I wasn’t alone anymore.  I don’t know what holiday photos in the Future will bear the faces of my brother’s children, so I’ll cherish these as landmarks soon to be the Past.

My mom says the difference between a favorite passage and your life verse is that the latter is the one you aspire to uphold in all aspects of your world your whole life through.  For me, that’s Isaiah 43:18-19: “Remember not the former things, nor consider the things of old.  Behold, I am doing a new thing; now it springs forth, do you not perceive it?  I will make a way in the wilderness and rivers in the desert.

The passage was given to me at age eighteen on High Road on the shores of Lake Superior weeks before I’d meet the man who would become my husband some fifteen years later.  The “new thing” in Hebrew is ḥă·ḏā·šāh (חֲדָשָׁה֙). The same word is used in connection with a new sword, covenant, and eventually, spirit.  It’s like the prophet’s singing a song of redemption in my ear, promising me of God’s sovereignty in all of the unknowns on the Future, a landmass just out of reach in my little world, but safe in His hands.

If there’s any resolution I could make tonight, a firm decision to do or not do something in 2018 and forever beyond, it would be to live as though God is doing a new thing in me, that I am His “New Thing”, that He continues to redeem, reclaim, and renew me.  It’s either generous of Charming or selfish of my, but my life verse is going to be the theme of our wedding, and as the theme of my life, it won’t stop when we leave the Outer Banks.

We always wish for a happy new year.  This time, I’ll take a pass on the resolutions and trust God for the new thing He’s going to make of me in 2018… safe at Charming’s right hand.